rooster life is nothing to cluck at 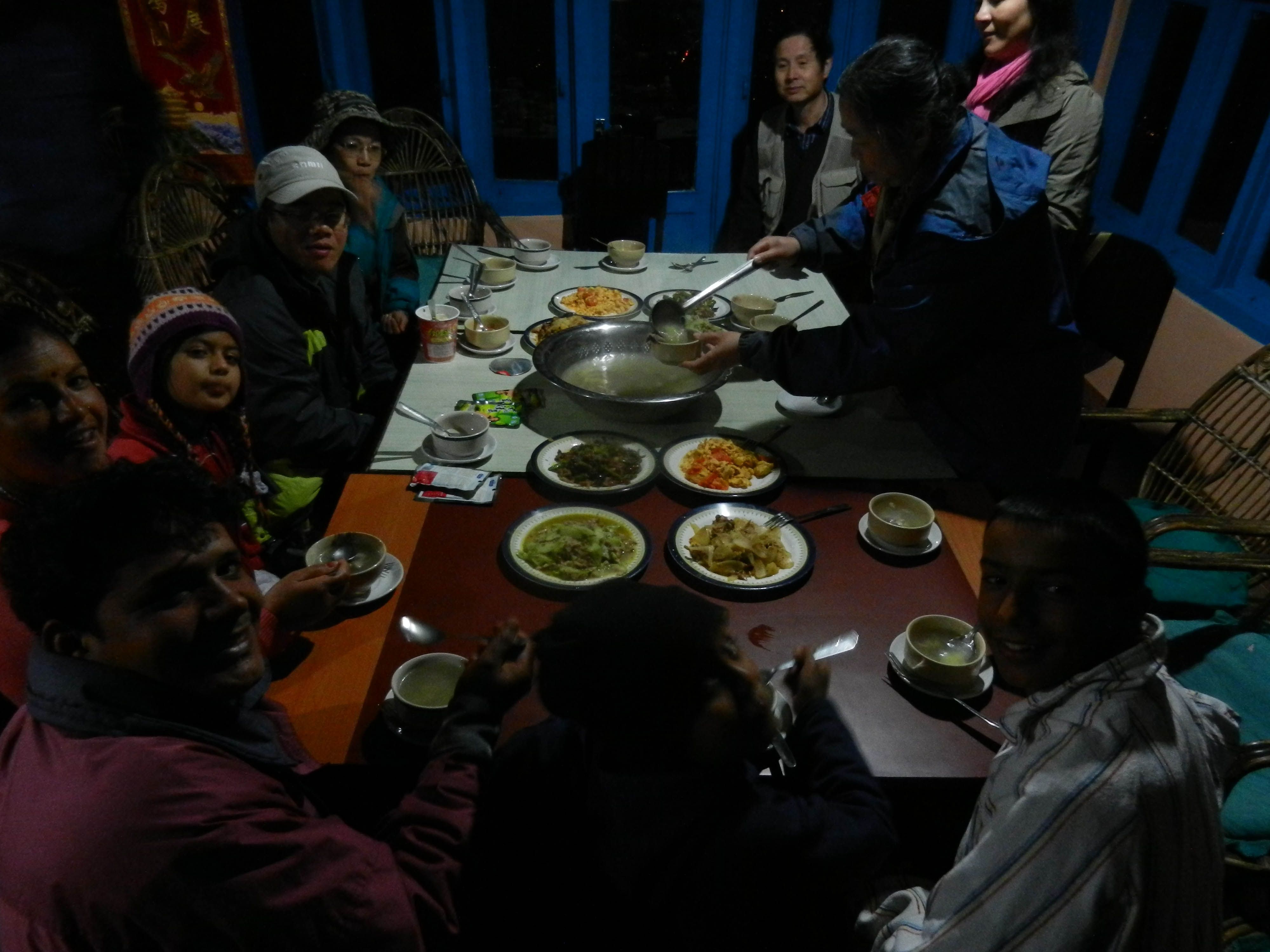 One day Laxman bought three chickens—a brown rooster and two brown hens. The rooster was quite content with his pretty hens and for seven days there was not a squabble amongst them. Then four Chinese backpackers checked-in for the night and bought the rooster and one of the hens and we ate them for dinner. The following day the surviving brown hen was inconsolable. She lay on her back in the shade of the banana tree in the garden, her feet straight up and sighed. The next day Laxman came home with a three month rooster, who seeing an inconsolable hen three times his size, tried to bite her head off. Soundly defeated the rooster refused to let anyone near him and bit the hand of a few and was quite, for lack of a better word, inconsolable too. A huge thunderstorm hammered the mountain that night and the next morning the shamed rooster was gone for good. Several days later we came home with two young hens, one brown and one white, about a half kilo each, and the trio are producing fine small and medium eggs. The chickens face many dangers on a mountain like the eight kilo rooster across the steps, circling hawks, children, hungry tourists and of course themselves in close quarters but they are bonding for now and making great omelets.