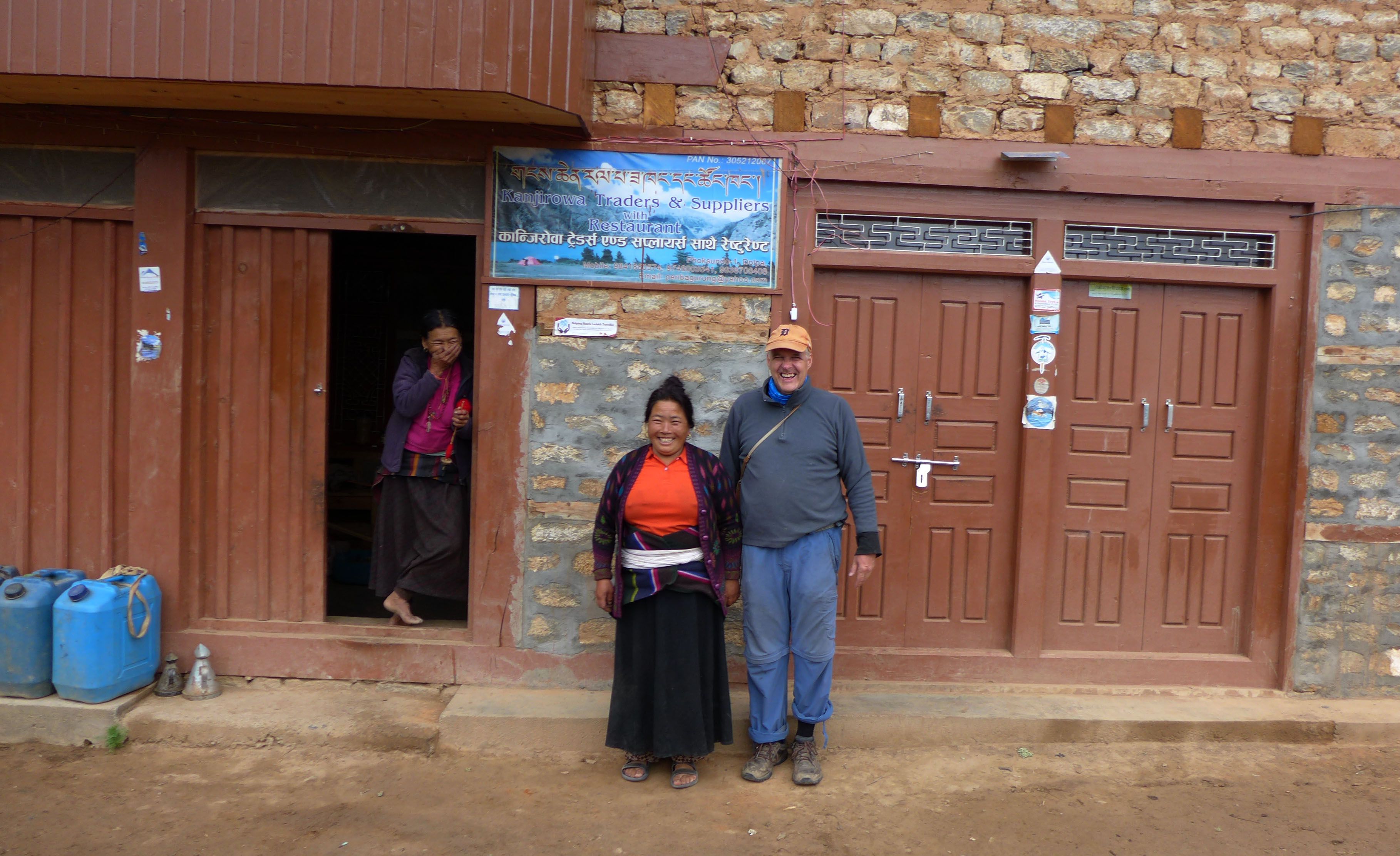 In the clouds Shekinah Glory

You sting my eyes

Run for cover find the Rays

Lean over the edge

respond To anyone who needs to know.

I was dressing to go up to the kitchen when the tiny twelve year old boy brought a cup of coffee to my room. Thank you Harimaya.

In the thick morning fog Ram Maya removes water from her hotel’s roof and periodically stops to look at a response to something on her smartphone.

I have been off facebook now for eleven days and am reluctant to return just yet. It’s been three days since returning from Dolpa, a journal of notes sits and wonders if I’ll get around to looking at it and doing something with them, like putting it here.

There are other things to do before we jump back into the matrix like not doing anything. On the other hand, doing nothing but thinking too much doesn’t get you anywhere, right?

I think we should take a walk. It’s 8 thirty in the morning. Take the camera and visit one or two people.

5:15pm fog keeps the sun away and for three more weeks you are here near the top of the mountains overlooking Pokhara Valley for no reason at all other than to be here.

I broke down and posted five images of Shey Phoksundo Lake on f**book and then deleted them four minutes later. We’re not in sync with the media yet.

What we must try on a real rainy day is type up the notes, make a nice story of sorts, post it in the blog along with most of the photos with the story. Nice, eh? No rush, you got three weeks.

Heavy fog with showers moves in, Pokhara is gone but jungle birds and domestic chickens pay no attention.

The mains power goes out twenty minutes before eight plunging the mountain top into backup light. Maya called the cable tv fella and he’s coming up tomorrow to rehook the television for six months of programming. Why have tv brother with internet? Exactly, it is my preferred method of connecting with that other dimension but once in a while I like to see the news live on a screen a little bigger than a playing card.

I didn't know what I'd see in this trek, really, I didn't look at photos, I may have seen images of the turquoise lake once but I didn't remember anything. But the trees, my, some were big and the pine refreshed up and down the raging river.